Today was a much needed rest day.  It’s amazing what a good night’s sleep and not setting the alarm can do to revitalize the body and the spirit.  Breakfast at 9:00 followed by a very leisurely tour of the city got me looking forward to the next nine walking days and arrival in Santiago.  I went to a lovely church called the Basilica de la Encina. While spending a moment there, a man arrived and opened up the sacristy where he would afix the church seal on my crendential.  I really like getting stamps from churches more than bars.  I then went to the Templar Castle which looks like something out of the movies or Dungons and Dragons or maybe Disneyland.  For a few Euros, I got an English audio player that told all about the Knights Templar and how important they were to the Church and pilgirms of the Camino. Then King Philip IV of France, who owed the Order a lot of money, in 1307 arrested many of the Order’s members in France, torturing them into giving false confessions, and then they were burned at the stake. Under pressure from King Philip, Pope Clement V disbanded the Order in 1312.  Of course we all know that the Knights are still alive and well and living secretively.  🙂 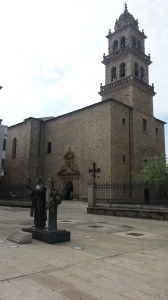 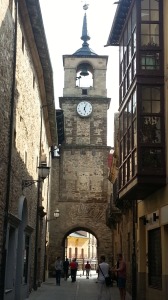 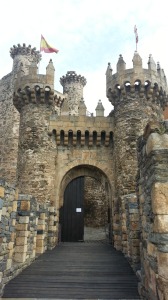 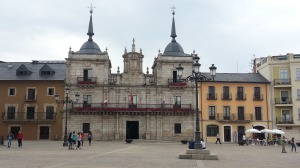 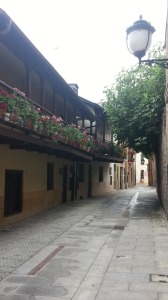 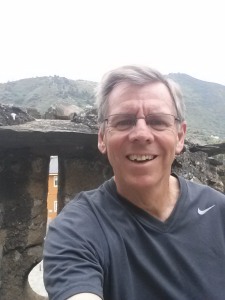 By the way, the selfie was taken from the Castle and I think those mountains behind me will be under my feet for the next several days.

It is such a delight and especially comforting to see fellow pilgrims as I walk through town.  We all seem so obvious to one another even when we aren’t adorned in back packs and trekking poles.  Of course the little limp and multiple foot bandages give away most of us to pilgrims and locals alike.  A smile and a “Buen Camino” seems to refresh our bond instantly.  I am looking forward to getting out early tomorrow heading to Villafranca del Bierzo.  It looks like rain but temperatures will be milder so that’s good.